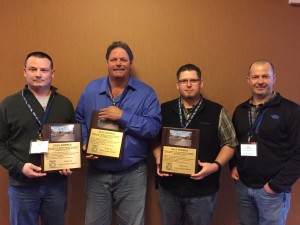 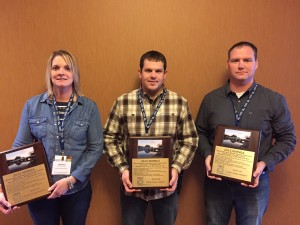 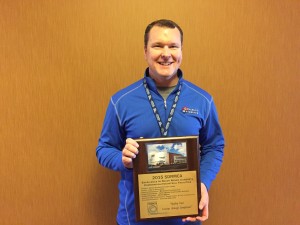 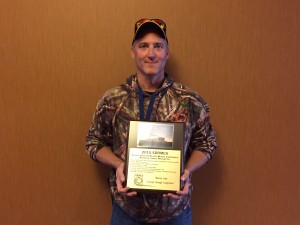 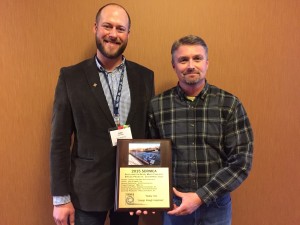 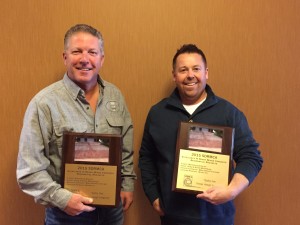 The Dell Rapids Garfield Bridge project included removal and replacement of the historic bridge located over the Big Sioux River in the city park of Dell Rapids, South Dakota. The original bridge was constructed in 1929 and has been a historic landmark in the community ever since. Replacement of this bridge was necessary as the substructure and deck were deteriorating and therefore the bridge could no longer accommodate legal weight truck traffic. It was important to the community that the new bridge resemble the original historic bridge. The project designers, SHE, took this into account while engineering the new structure and delivered a beautiful replacement. The new bridge is also going to allow a safe connection to the two sections of the Sioux River Red Rock Trail system, which had been constructed previously, and was separated by the Big Sioux River.

Cramer & Associates was the low bidder on the project, which was let early in the spring of 2014. The project had the option to construct in 2014 or 2015. Cramer took the challenge of a quick start up and a short schedule to build the project in 2014. The summer of 2014 brought multiple heavy rain events in June and July. This raised river levels and slowed progress briefly, but construction never ceased completely. Cramer kept construction going steadily and was ready to pour the bridge deck on November 4, 2014. The day was beautiful and we placed 430 yards of concrete with no complications. The following day brought cold weather and a hard freeze. The remaining railings and sidewalks required one truck load of concrete per day in freezing weather over the next 3 weeks. The persistent cold weather required hot water for concrete production and heaters to be kept on after placement of concrete to aid in the curing process. The approaches were also placed in cold weather using the same manner and the grade was filled with gravel to open the road to traffic for the winter.

An early spring allowed the project to gear up quickly after the frost was out of the ground. The gravel, which had been used to fill the grade and allow traffic over the winter, was removed and the remaining mainline concrete road and sidewalk were placed by T & R Contracting within a few weeks. The project was opened up promptly and the entire community is now able to use the Sioux River Red Rock Trail to travel the entire City of Dell Rapids Park system.